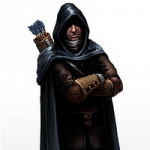 What the hell is a taffer anyway?

None so far, but I have a few in development for The Dark Mod. Hopefully a short series of single missions, interconnected by the same lead characters.

Maybe even a DromEd mission one day, if I ever learn it.

Working on a Slovak translation and localisation for the trilogy and for The Dark Mod base package.

Retrieved from "https://thief.fandom.com/wiki/User:MojSvetJeVidiek?oldid=71612"
Community content is available under CC-BY-SA unless otherwise noted.