In-game background art that is meant to appear distant, either drawn on the sides of a cube(T2 skybox) or a certain distance from the center of a skysphere (TDS).

Thief 1 and Thief Gold had no distant art, the skybox was either a star field or daylight.

There is also a blank skybox with either a star field or daylight.

Add a photo to this gallery

Thief DS has a skysphere with trees, land, and 2D buildings placed at varying distances from the center to give the appearance of depth.

In Thief 1, Gold, and 2, fake(3D models) buildings were added outside of the playable area of the map to give the impression that the location had other city buildings surrounding it.

In Thief DS the buildings were either 2D distant art or 3D close up models.

The below map is based on the TDS manual map, which has the largest viewable area and roads.

The light brown area is a colorized version of the TDS manual map.

The dark green on the top refers to the area North of The City.

The green color on the left and right refer to the areas West and East of The City.

The light green color on the lower left and right refer to the coastline areas West and East of The City.

The blue area refers to the river and the ocean to the South. 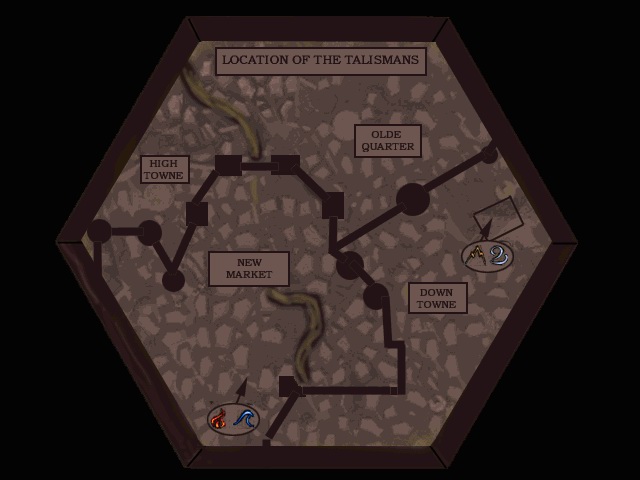 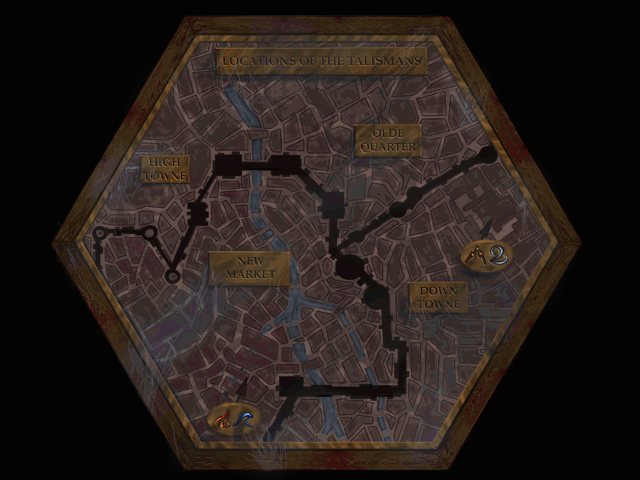 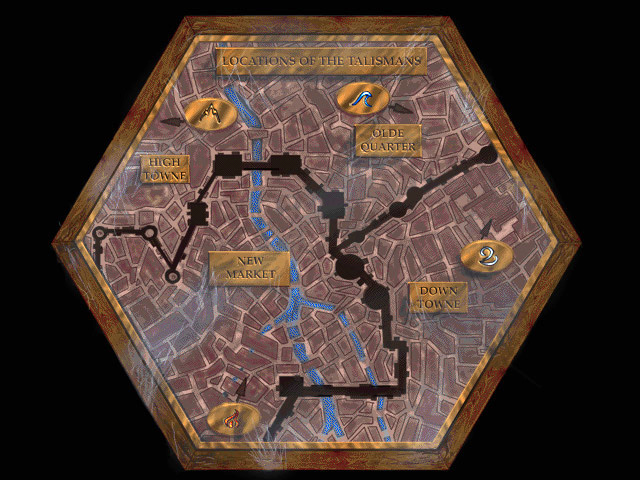 There are two references to the location of mountains in relation to The City.

The first is a T2 conversation: "sg50202C: Buncha taffers in this city. I live near Dayport, and I used to have a nice view of the mountains. I used to watch the sunrise with my wife every morning. But now, that metal monstrosity casts a permanent shadow over my house." Which would indicate mountains to the East.

The second is a conversation in a unused briefing from a developers journal: "V. Yes! That is why you must travel to the Necromancer's castle deep in the mountains north of the city." Which indicates mountains to the North.

There is a reference to a Mountain Range: "These flowers grow primarily in the icy mountain caves of the Esse range."

Retrieved from "https://thief.fandom.com/wiki/Thief_map_explanations?oldid=64397"
Community content is available under CC-BY-SA unless otherwise noted.