The purpose of the Mapping the Thief-World project is to create an as accurate as possible reference of the Thief Universe.

First a quote from Lead Designer Tim Stellmach:The_Making_of_Thief_II "The game concept in Thief was developed in stages, we actually started off with a completely different game, Dark Camelot, where it was this sort of Arthurian setting but Mordred was hero, King Arthur was this, ya know, corrupt despot, and there was sort of swash buckling, like, fight of the underdog against the oppressor."

This sets up the original setting of the game as an alt-universe King Arthur World, which would be a Medieval British era world.

The first set of evidence from Thief1 is a couple of Zodiac based banners: 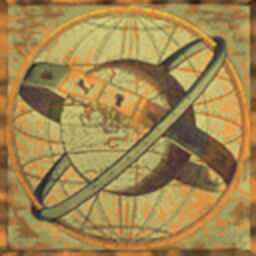 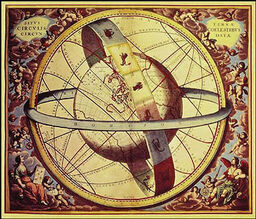 The artist removed the outer images and rotated the globe. The Zodiac symbols are still clear on the ribbon and the tropic, LONG, LAT lines are also clear. 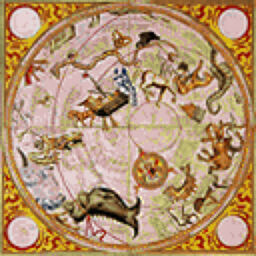 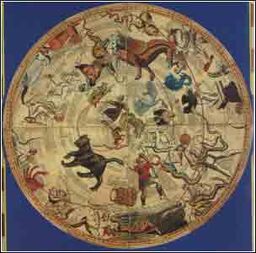 The images are not the same but similar, and depict constalations. 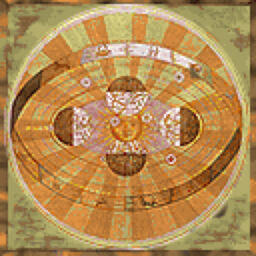 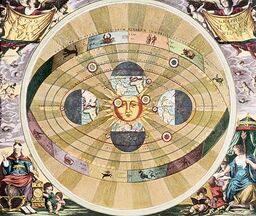 "A celestial map of 1661 by Andreas Cellarius depicts the heavens according to the Copernican system, with Earth and the other planets revolving around the sun."

The artist removed the outer images. The North/South American Continents and Africa are clearly visible in the upper sphere. The Sun, 2 inner planets, Earth/Moon, 3 outer planets and the Zodiac ribbon are also visible. 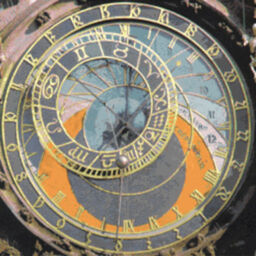 The next is the Prague Astronomical Clock,Prague Orloj, found in T2 Framed in the training hall.

The clock shows time, seasons, the moon, and the Zodiac.

Next would be the moon itself. In T2/T3 it is the same as the Earth moon. 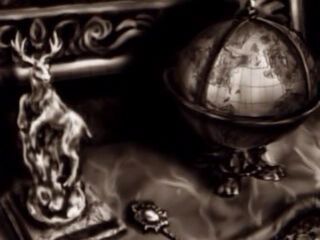 The last would be the globe from the Casing the Joint cutscene which depicts, though distorted, an old-world globe of N/S America, Africa, and Europe.

So the conclusion is that the Thief World is a medieval, steampunk, magic, alternate universe of Earth. And the map should be similar to that of Earth but not exact, maybe someone other than Slartibartfast designed the coastline of Norway.

Because of the seasons and the reference to Dark Camelot it would most likely be England, on the southern coast close to the ocean.

By MaJiC of the TTLG

Retrieved from "https://thief.fandom.com/wiki/Mapping_the_World?oldid=65014"
Community content is available under CC-BY-SA unless otherwise noted.